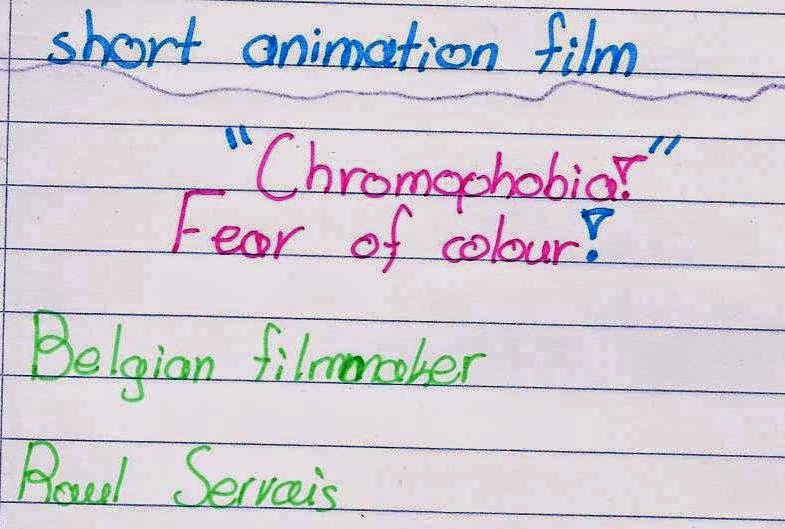 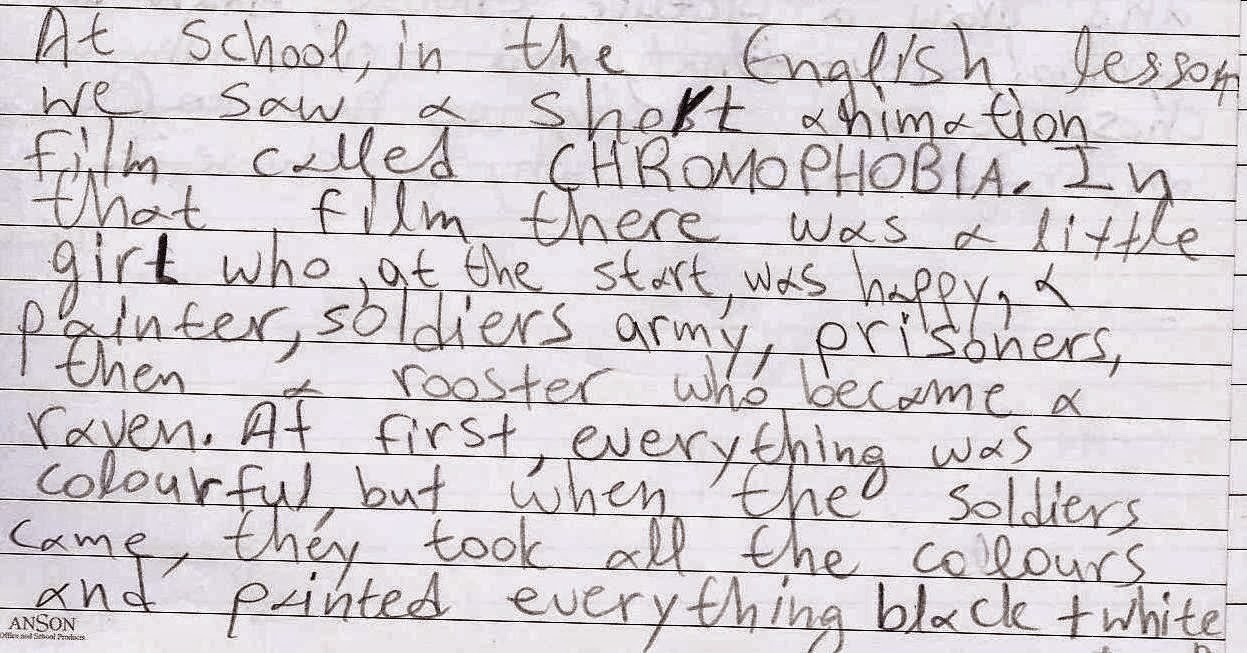 Email ThisBlogThis!Share to TwitterShare to FacebookShare to Pinterest
Labels: War/Peace

When i saw the video called Chromophobia i was very unhappy because this video made me think some things.We must respect everything our families offer us.We shouldn't complain about anything.I put myself in the little girl's shoes and i imagined how it would be if there was war in my country...

The video "Chromophobia" was very nice with the soldiers, the colours,the artist, the little girl, and the jester. My favourite part was when two jesters a blue and a red one electrified a quard tower with the officer inside.

Chromorhobia is a touching video about war and peace. I liked it so much.!!!

OUR WORK IS AWESOME . WE HAVE TO CONTINUE THIS GREAT WORK

HELLO MRS CHRYSA . WE HAVE ALREADY DONE SOME AWESOME WORK .BUT WE HAVE TO WORK HARDER AND HARDER THE NEXT DAYS

I liked very much the short animation film called ''chromophobia''.Because it proves
that peace is stronger than war.Also
this video is very funny and happy.

Anastasia P., it's a good thing the film made you think that you should value your families and what they offer you. Billy M., I'm happy you liked the film. The scene you describe is really a nice one. Stavrina B., chromophobia is indeed a very touching film, I agree. Chris Z., I also think the film proves that peace is stronger than war! Konstantinos D., it's really nice you have such a good feeling about your work!

Some moments ( in the film ) are funny , but some others are really sad or ( a bit ) scary.We liked it and we want to watch it again!(Jenny):)

I liked the film a lot 'cause it has a ''message'' for us. The message to live in peace that teaches us how to colour our selves!(Daphne)♥

I liked the old lady who screams in the short film "Chromophobia" it's like her face is stuck on the screen and explodes! (Funny)

Daphne P. & Jenny P., it is important that you still comment on Chromophobia. This means it has touched you and made you think a lot!
Yes, you're right, there are funny, sad, and even (a bit) scary moments (Daphne). Sad/ scary like war is and funny/hopeful like life and peace is.

I like those projects about War and Peace and.I like and the new project with the photo ''Blue Butterflies Tongue''.I like them because we work as a team and because at the end of all the projects we do everyone is happy about the work he/she done with his/she team.

This work is licensed under a Creative Commons Attribution-NonCommercial-ShareAlike 3.0 Unported License. 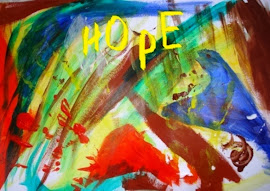